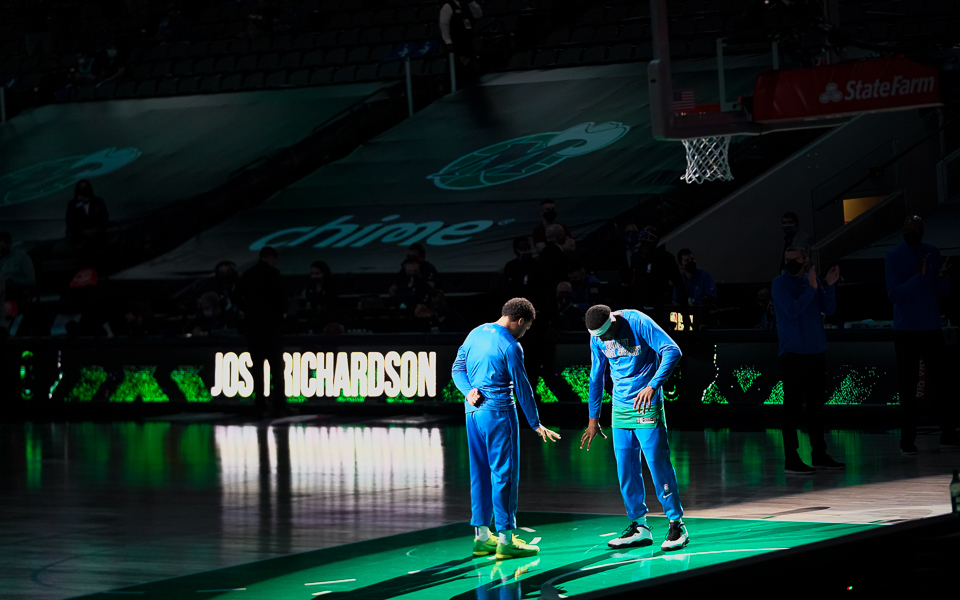 When the Mavericks made a trip up to Salt Lake City back at the end of January for two straight games against the Jazz, they were in a bad, bad way. Dallas was in the middle of what would eventually be their season long six-game losing streak that eventually dropped their record to 8-13. The Mavs didn’t just lose a couple close games to the Jazz, they were absolutely destroyed by the first-place team in the west. Losing both games by a combined 31 points. The games were so bad and timed in the middle of the losing streak that they even caused me to tweet out something like this.

Does Rick Carlisle see the end of February? These players just aren't bringing what it takes and someone has to eventually pay the price.

It was silly in hindsight, but man those games were tough.

The Mavericks could potentially be without both Kristaps Porzingis (wrist sprain) and Josh Richardson (left calf tightness) as they both missed Saturday night’s win against the Wizards. Maxi Kleber is expected to return to the lineup after a one game absence.

While Monday night’s game isn’t the be-all end-all of measuring sticks for the improving Mavericks, it could certainly give the team a major confidence boost after so forcefully handled by the Jazz earlier in the season.

Monday night’s game will have an early tip-off at 6 PM from the American Airlines Center. According to oddsshark,com, Utah is currently favored by 5.5 points.