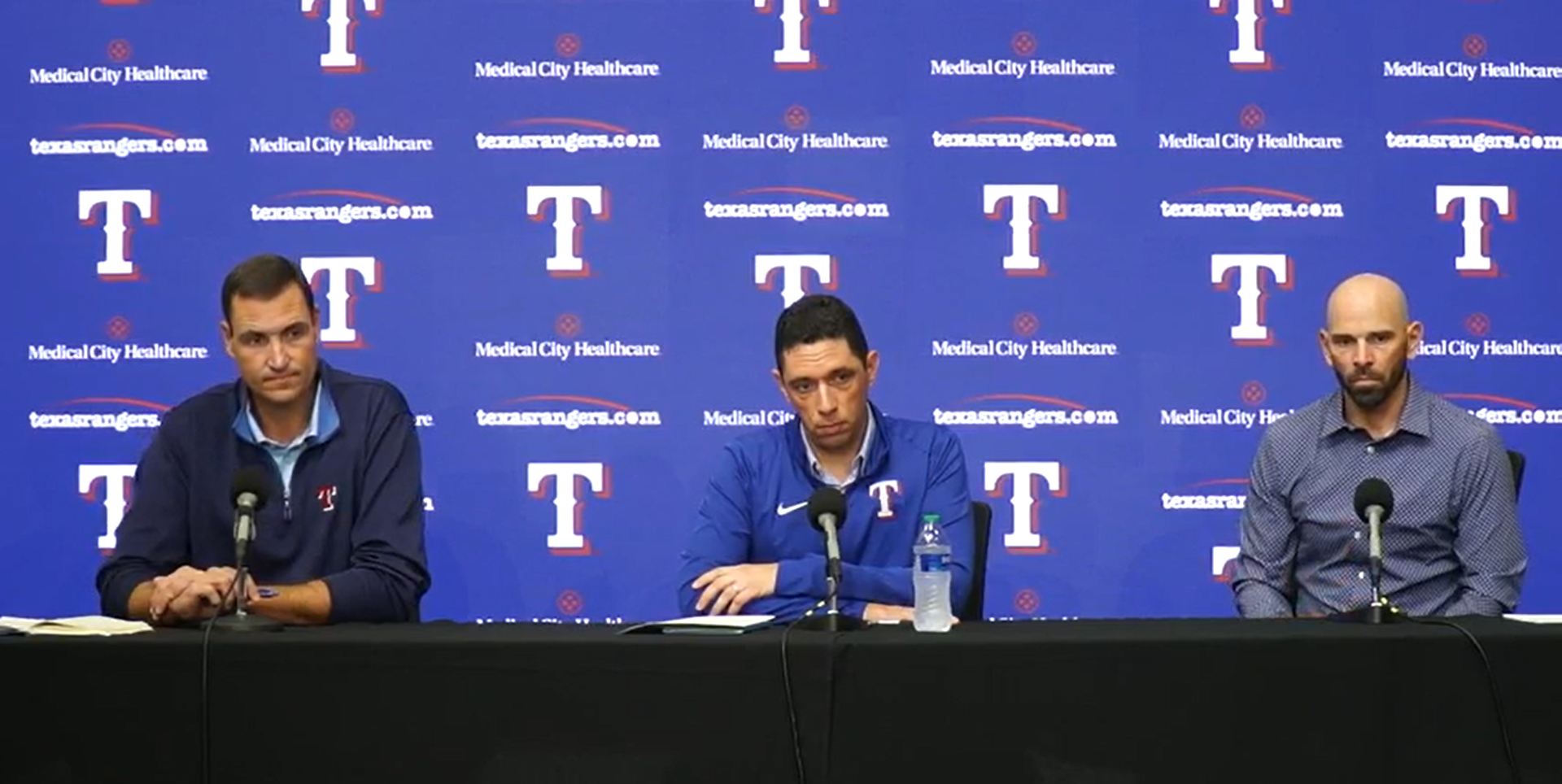 Which areas of the roster should the Rangers focus more on this offseason?

Which areas of the roster should the Rangers focus more on this offseason?

The Rangers enter the offseason with a lot of questions to answer. The one consensus from Wednesday’s after-the-season press conference is the Rangers are looking at an active winter by free agent means. Of course, several high-quality shortstops are free agents and some high-class starting pitching, but where is the top pressure point inside the organization? Here’s where the Rangers need to look at and where the franchise has some depth that they don’t have an urgency to address.

Need to address: Middle of the Order Power Threat

The Rangers hit 167 home runs in 2021, the second-lowest in the AL (Royals hit 163). Five of those 167 came in the three games in October. Texas finished in the bottom six in runs scored for the final four straight months. Also, the Rangers’ hitters hitting in the third spot posted the second-lowest OPS in MLB. This addition could tie into the quality free agents on the market, and getting a Carlos Correa, Corey Seager, etc., could fulfill the lack of middle of the order power.

Also, I’m curious about what Nathaniel Lowe does after an entire season. Lowe talked about wanting to show more power in-game. I’m interested in how Adolis García follows a 31 home run rookie season. Will he adjust and improve or fall victim to the “Sophomore Slump.”

The combination of Jonah Heim and Jose Trevino proved to be a bright spot on the receiving side. After his last start, I talked to Jordan Lyles, as Lyles has worked with guys like Francisco Cervelli, Nick Hundley, and AJ Ellis, and asked what he notices that stands out between Trevino and Heim and the catchers he’s worked with. “These guys are top five [and] top three in getting strikes. If I know there’s conviction when you’re putting down fingers for certain pitches, I can tell when someone is afraid, or hopefully, this is the right pitch. I haven’t done that once this year with those two guys. You can tell that after a start or two. After that start or two, I can tell what they’re convicted in.”

That said, the Rangers still have Sam Huff waiting in the trenches, and even if the Rangers decide to shift Huff away from catcher (no indication that’s happening), the Rangers’ catchers weren’t awful swinging the bat. Texas’ catcher core was about mid-pack among MLB catchers. Are there improvements needed? Of course. However, Rangers’ catchers offensively didn’t stick out as an outlier compared to the rest of baseball. Plus, I would think Yohel Pozo would get more comfortable if the Rangers wanted him to be a catcher in the organization.

Jonah Heim(2.00/82.9) moves through a narrow doorway(Due to setup,pitch & where hitter is) to pull off this throw out. Misses on the right side of the base. pic.twitter.com/H3urTZpcv7

I’m not talking about going out and getting a veteran to eat innings (although they may need to sign one). I’m talking about getting a big-name starter. Right now, I feel that Dane Dunning and Taylor Hearn have a spot in next year’s rotation claimed (unless something funky happens). Add a veteran, perhaps like pending free agent Jordan Lyles, and you’re left with two rotation openings. Texas may decide to give one to guys like AJ Alexy, Glenn Otto, Spencer Howard, but I would only say one at maximum. I would expect Texas to go after an ace-like starting pitcher or at least second spot rotation arm.

For those groaning at the thought of Jordan Lyles, let me explain. First, Lyles became a significant influence in this organization (forget the numbers for a second). Second, if a veteran like Lyles makes guys like Cole Winn bring out their “A” game, I think that’s a tradeoff fans will take. “His knowledge of the game, his pitch sequencing, and his quiet leadership in the clubhouse. He keeps his head down, works really hard. In-game conversations. He knows what he’s talking about… and he knows what he wants,” Jonah Heim told me after asking what influence Jordan Lyles has on a young catcher like himself.

Don’t need to address: Back of bullpen.

Before the season ended, I brought up a possibility of Josh Sborz being an underdog for the closer role if he could limit the walks. Add to that what Joe Barlow did as the Rangers closer plus Jose Leclerc and Jonathan Hernandez hopefully coming back in June of next season, and this Rangers’ pen is a beast. Assuming all four guys are healthy and good to go by mid-season, the Rangers could have some trade leverage in prospects for the 2022 trade deadline. Right now, with the arsenal, the Rangers have some good arms they can utilize and have even more reinforcements by mid-2022.

Yes, a 102 loss season is terrible. There’s no tip-toeing around that. However, the experience some of these young players got is irreplaceable. With guys moving left and right, I asked Jonah Heim, who had his ups and downs, if there were a point he would get sent down. “This industry is tough. People get sent down all the time. You have to prove to be here. I’m fortunate enough to stay all of the year and get great opportunities and experience,” Heim said.

If you’re evaluating who the Rangers have, whether it’s gained from trades or internally, the Rangers believe in their scouts and have a set of expectations on their internal players. “Anybody coming in from externally, we know who they are, have a pretty good idea,” Rangers GM Chris Young told me. “Internally, I think that we have a number of measures that evaluate over the course of the season to see if we have goals, expectations, and checkpoints to see if they are meeting these expectations. There is a process for both. Players show us on the field with their play, and we have to self-reflect and determine if we are providing the resources possible to maximize their abilities.”