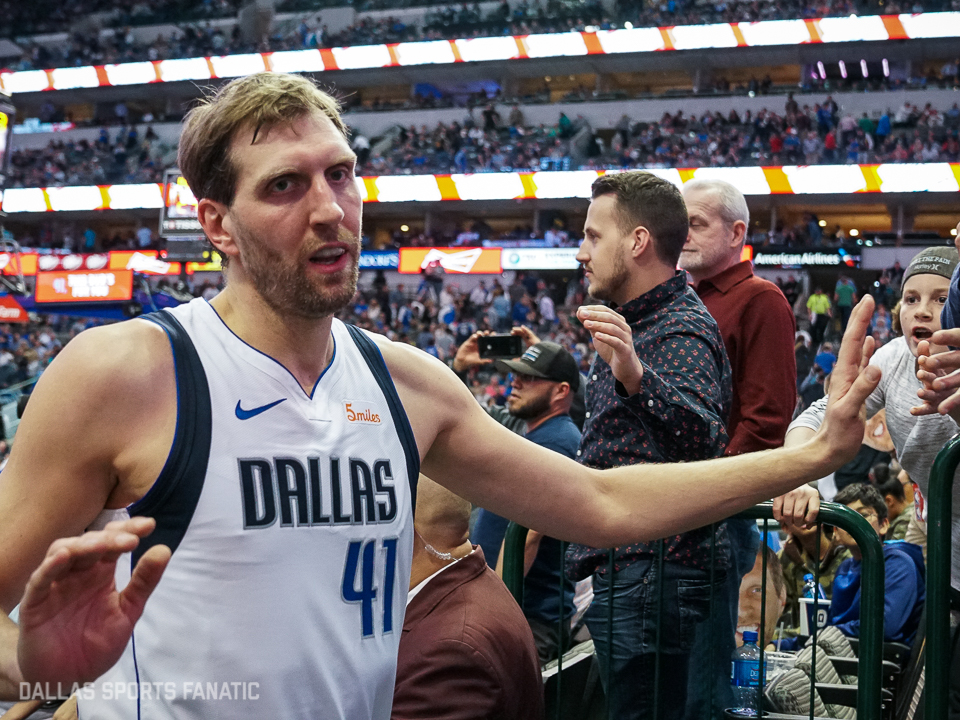 With a new entry coming up, looking back on previous Christmas Day games for the Mavericks

With a new entry coming up, looking back on previous Christmas Day games for the Mavericks

The NBA released the schedule for its first three days of scheduled game play this season. On December 22nd, 23rd and Christmas Day on the 25th, the league will begin what could potentially be its most difficult season yet.  That’s saying a lot considering the 2019-2020 wrapped up two months ago in a bubble at Walt Disney World.

Mavericks fans got a little taste of an early Christmas gift by learning that Luka and company will be featured in the primetime slot on Christmas against the defending champion Los Angeles Lakers. This kid really has brought them into the big time again.

First three days of play in the NBA season. pic.twitter.com/QyzqRTM7NC

It will be the first time Dallas has been featured in the hallowed slate of games on December 25th since 2011. With just two other games on Christmas before that in franchise history, the honor of being included on this day definitely isn’t something MFFLs are used to. Since they’re so rare, let’s take a look back at the Mavericks’ previous times on the big merry stage.

I was at this game as a 19-year-old fan so excited to see my favorite team raise their first championship banner in person. I camped out on Ticketmaster to get my tickets right when they went on sale several weeks before, a late starting season because of the lockout, and was so eager to take in this moment with my brother, sister and a close friend. Well, it stunk once the magic of the banner raising ceremony was over.

The Mavericks trailed 32-17 after the first quarter and 62-41 at the half. It never even felt that close. The re-shaped Mavericks had no chance against the Heat that would go on to win two consecutive championships. I’ll never forget the feeling of seeing the banner go up in person, but I’ll also never forget the cursing and possibly aggressive driving I did on my way home that night.

This was also the Mavs debut of Lamar Odom and we certainly should have known something was up from this stat line: four points on 1/6 shooting in just 13 minutes for the reigning Sixth Man of the Year.

The grainy quality of that YouTube highlight video is about as clear as this game is in my memory. Seeing these highlights now brings it back just a bit, but a lot of those late nights in Portland over the years kind of blend together, you know?

On the Portland side, there’s of course Brandon Roy leading the scoring for the Blazers with 22. Then there’s 20-year-old and 2007 number one overall pick Greg Oden with a sad four point, five rebound performance in 25 minutes. Remember this was his second year in the league, but he didn’t play at all in his first season due to a knee injury.

Another fun note: Rick Carlisle still had lots of hair at this point.

We’re officially in no YouTube highlights territory with a regular season game from 2003. I DO remember this game because I was super excited about the Mavs playing on Christmas Day and I’d never seen that before in my few years following the team. Well, kid, no Mavs fan had ever seen it. I didn’t know that.

This was the video game version of the Mavericks with Antawn Jamison and Antoine Walker in their one and only season in Dallas. The starting lineup in this game was Walker, Jamison, Dirk Nowitzki, Michael Finley and Steve Nash. Playing with that team in NBA Live 2004 must have been fun. In real life, I remember this being the most frustrating Mavericks team I followed in the early 2000s.

These two teams were just a few months removed from an epic seven-game series in the second round of the 2003 playoffs where the Mavs came out on top, partially thanks to Chris Webber going down with injury in the middle of the series. Plus this was in the legendarily loud Arco Arena in the height of those awesome Kings teams of the early 2000s. Although they never won it all or even made it to the NBA Finals, they were definitely one of the most feared teams in the league not far behind the Shaq/Kobe Lakers.

Looking over the box score for Christmas Day 2003, Josh Howard was the only Maverick besides the five starters to play considerable minutes. A 25-year-old Dirk Nowitzki essentially played the entire game with 47:33 logged on the afternoon while scoring 31 points and grabbing 14 rebounds.

What will Christmas Day look like for the Mavericks in 2020? Facing the defending champions “on the road” without Kristaps Porzingis won’t be easy, but it sure will be great to see Luka Doncic and the rest of the team on the regular season’s biggest and brightest stage.