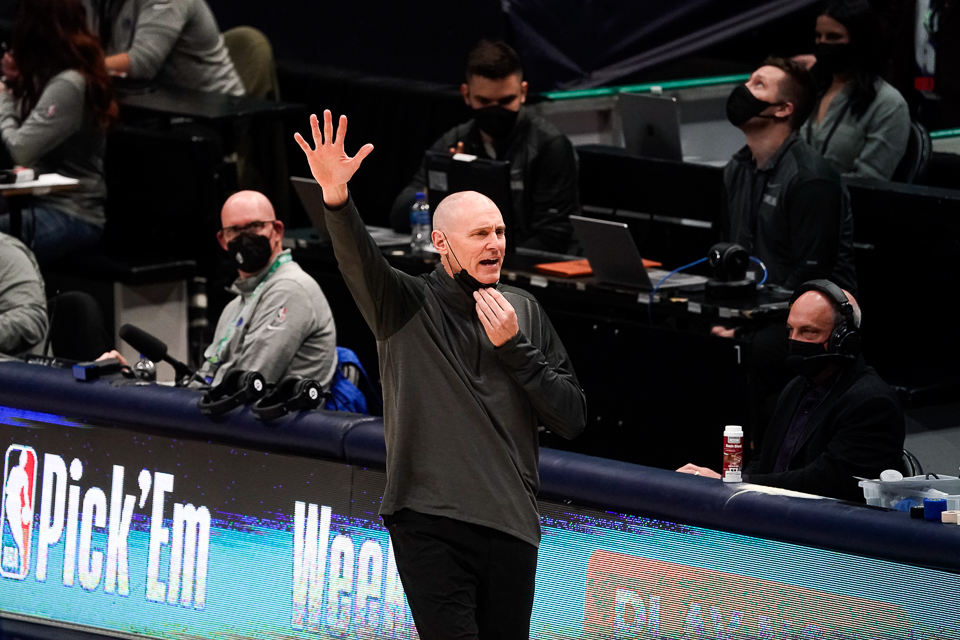 Carlisle vouches for Jason Kidd as the Mavericks next head coach

Carlisle vouches for Jason Kidd as the Mavericks next head coach

Today, Tim MacMahon of ESPN reported that longtime Mavericks head coach Rick Carlisle would be returning to Indiana to coach the Pacers on a four-year contract.

Following the announcement, Carlisle shared a statement with MacMahon, vouching for, you guessed it, Jason Kidd as the next head coach of the Dallas Mavericks.

Rick Carlisle on his Mavs: "It's hard to put an exact finger on it. It’s just a feeling that I had that it would be mutually beneficial. My hope is that Jason Kidd will be the next coach of the Mavs because he and Luka have so many things in common as players."

Kidd, who obviously played under Carlisle from 2007-12, including during the 2011 championship run, is currently an assistant coach for the Los Angeles Lakers, where he’s been for two seasons. The former Maverick has a 183-190 career record as a head coach from 2013-18, one in Brooklyn and three and a half in Milwaukee.

“I just think that it would be a great situation for Luka, and I think it would be an amazing situation for Jason. I’m the only person on the planet that’s coached both of those guys and that knows about all of their special qualities as basketball players.”

Now, was this a sincere endorsement? Who’s to say. Carlisle and Kidd weren’t necessarily the best of buds during their days together in Dallas but Rajon Rondo and Luka Doncic would say the same thing. It seems clear that Doncic’s preference for the position would be current Mavs assistant Jamahl Mosley, who has a strong relationship with not just Doncic but the entire locker room.

But, sincere or not, it seems that the Mavericks see Kidd as a serious candidate regardless.

Marc Stein of The New York Times reported that Kidd will be a ‘prime candidate’ for the Mavericks head coaching job. MacMahon also mentioned that Dirk Nowitzki, Michael Finley, and the trusted group that Mark Cuban put together have all had discussions about Kidd as a candidate.

At the end of the day, the easy choice is Mosely, who as previously stated, has the trust and respect of your 22-year old superstar. Carlisle’s endorsement of Kidd, genuine or not, should hold no weight with Cuban and his board of trustees.

For now, the Mavericks continue their search for a new president of basketball operations before making a decision on Carlisle’s replacement. Whether that is Michael Finley, or an external hire, Mark Cuban and company have a crucial offseason on their hands.