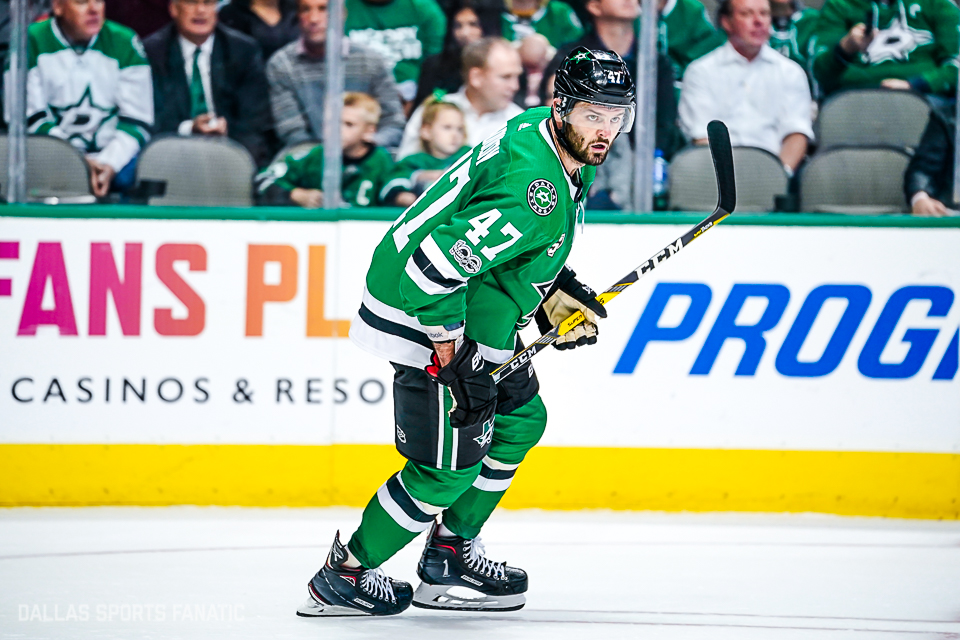 Alexander Radulov joined the Stars as a free agent in the summer of 2017.  In his two seasons with the team, he has scored 27 and 29 goals and has been a valued third member of the scoring punch led by captain Jamie Benn and Tyler Seguin.

Hailing from a city named Nizhny Tagil in Russia where the average high temperature in January is a nice 11 degrees fahrenheit, the edge and tenacity that Radulov carries on the ice is no surprise. He’s the guy you imagine when you think of a hockey player with the recognizable constant stubble on his face and of course a couple of teeth missing right at the front of his grin. With 7 game-winning goals last season, there were plenty of reasons to smile for Radulov late in games.

Radulov’s history in the NHL is definitely an interesting one.  After being drafted in 2004 by the Nashville Predators in 2004, he would eventually spend two seasons with the club before returning to his homeland to play in the KHL for close to four years right in the middle of his NHL contract.  He would return to Nashville for a short time in 2012, but after that season ended, he went back to playing in Russia for another four years.  After a solid 2016-2017 NHL re-entry campaign with the Montreal Canadiens, the Stars inked Radulov to a five-year, $31.25 deal early in the 2017 free agency process.

Outlook: As the Stars continue to build with a strong set of established veterans signed to long-term contracts, Radulov is under team control through the 2021-2022 NHL season.  He was a vital piece in the team’s success fighting through the treacherous Central division and earning a playoff spot in 2018-2019.  While the team has added more offensive cogs in veterans Joe Pavelski and Corey Perry this summer, Radulov’s presence will still be incredibly valuable for a team that struggled to consistently score goals in bunches last season.