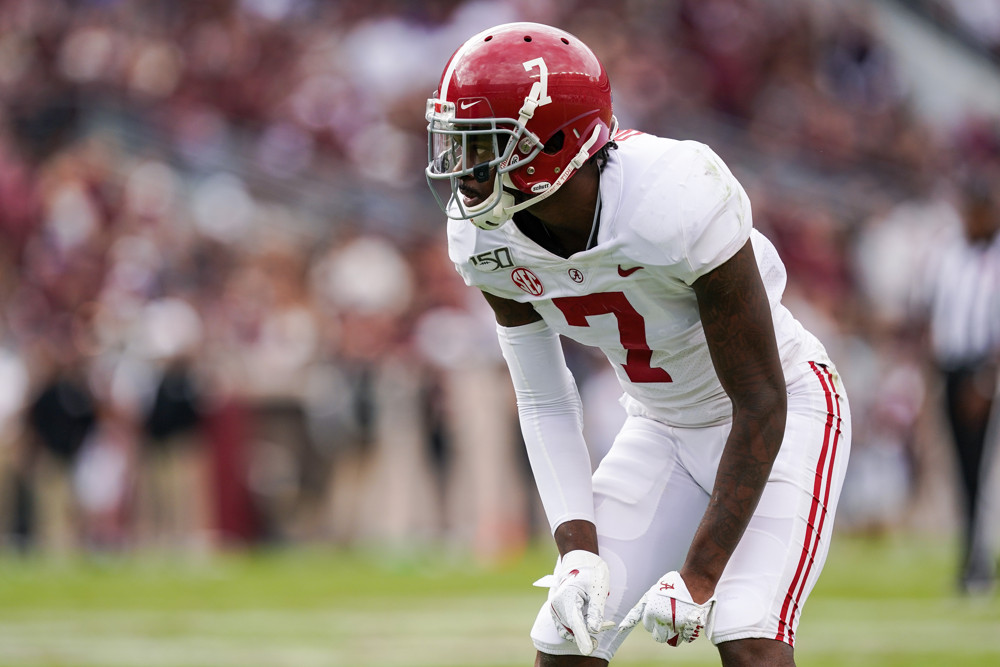 Grading the 2020 NFL Draft for the Dallas Cowboys

Grading the 2020 NFL Draft for the Dallas Cowboys

This year’s draft was going to be a different one for multiple reasons. Firstly, in the middle of a pandemic, nobody was quite sure how smooth the usual process of communicating and selecting players would go. Luckily, everything went as well as it possibly could have. Not only from the perspective from the Dallas Cowboys but the league as a whole.

Second, it was the first draft under new head coach Mike McCarthy. It was going to be the first set of players labeled as ‘McCarthy players’ on the roster. Heading into the draft, it was apparent two to three positions were needed: Cornerback, defensive end, and safety. The Cowboys were able to cover two of those three positions, even doubling down on cornerback.

Throughout the entire draft, Dallas was able to get guys with great value in each of their picks. Players who were supposed to be drafted way earlier kept falling into their laps. The Cowboys struck gold most of the draft, arguably having one of the best in the entire league.

Here are the final grades for the Dallas Cowboys’ selections in the 2020 NFL Draft:

Not many teams in the NFL are going to be able to matchup up with the trio of Amari Cooper, Michael Gallup, and CeeDee Lamb. The Oklahoma product was considered the best wide receiver in the draft by many and he magically fell to Dallas at the 17th overall pick.

The king of yards after the catch in college, Lamb was a consistent target for three different quarterbacks in Norman. The receiver had 1,000-yard seasons in his sophomore and junior seasons while eclipsing 800 in his freshman year. His ability to catch the ball in space and make multiple defenders miss makes him a cannot miss prospect. A prime example is a touchdown against Texas in the 2019 Red River Shootout in which Lamb was circled by five Longhorns and still made his way into the endzone.

While the wide receiver position itself was not a pressing need for the Cowboys, it could be argued defensive end K’Lavon Chaisson should have been selected to bolster a weak pass rush. According to Jerry Jones, the Cowboys seriously considered taking the pass rusher out of LSU. Instead, new head coach Mike McCarthy and Jones were able to pick a player they had ranked sixth on their draft board. McCarthy said he felt strongly about taking the best player available and despite the need on the defensive side of the ball, Dallas was able to do it.

Offensive coordinator Kellen Moore will have the exciting task of scheming up plays that include Cooper, Gallup, and Lamb. Mix in the ability of Ezekiel Elliot and Tony Pollard and the Cowboys have one of the best group of offensive skill players in the NFL. Lamb makes the top offense in football that much scarier.

In desperate need of a cornerback after the departure of Byron Jones to the Miami Dolphins, the Cowboys got their guy with Trevon Diggs. At the beginning of the draft process, Diggs was a name surrounded by Dallas in the first round at pick No. 17. Now, they get their guy in the second round, picking up a great value pick.

The younger brother of Buffalo Bills’ wide receiver Stefon Diggs, Trevon himself was a wide receiver as late as his freshmen year at Alabama. Switching over to cornerback fulltime, Diggs had incredible hands for Nick Saban’s team, having three interceptions this past season. Scoring two touchdowns (one pick-six against Arkansas and one scoop-n-score against Tennessee) his ability to create turnovers mixed in with his scoring ability is something the Cowboys have needed for years on the defensive side of the ball.

Off the field, Diggs should fit right in as he has been talking about the Cowboys for a while now. Back in 2015, not only did he call Tony Romo the GOAT, but he predicted a Super Bowl. With statements such as these and an immense work ethic to become a better player, Diggs has the chance to become a fan favorite in Dallas.

After selecting wide receiver and cornerback in the first two rounds, a defensive end was supposed to be next in line to fill the needs of Mike Nolan’s defense. They instead went on the interior part of the defensive line, selecting Oklahoma’s Neville Gallimore.

Being the second Sooner taken in the draft by the Cowboys, they got a guy projected in the second round back all the way at No. 82. Like Diggs, Dallas was able to not only select a great player but able to get a great value on their pick (again). Coming in at 6-2 and 304 pounds, Gallimore is an animal inside the tackles and is able to get to the quarterback. Once free, his speed becomes a problem for opposing quarterbacks. A career 8.5 sacks, his numbers got better and better each year.

Gallimore may not get substantial playing time as the defensive tackle position is stacked for the Cowboys, but he has a chance to make a difference. While there were outside edge rushers available, Dallas stayed on the defensive line but went with the best available player. The Cowboys strike gold on another draft pick.

Dallas did not settle at the cornerback position after Trevon Diggs, selecting Reggie Robinson in the fourth round. Another incredible value pick according to draft experts, the Cowboys are getting another ball hawk. The cornerback was first-team All-AAC in 2019.

His 4.44 speed gives Dallas another fast defender to fly around the field. The depth at cornerback after losing Byron Jones now includes Chido Awuzie, Jourdan Lewis, Trevon Diggs, Anthony Brown, and Robinson. While the player of quality such as Jones may not be on the roster, the depth is replenished in this year’s draft.

He may not start right away but Robinson will have his opportunity down the road. With quite a few cornerback contracts expiring after the 2020 season, he could move into a more important role in future years. Mix in his height, speed, and vertical ability, and Robinson could develop into a nice player in the secondary for the Cowboys.

What is the best way to replace your star center from Wisconsin? Draft another center from Wisconsin. Biadasz won the 2019 Rimington Award for the Badgers, given to the nation’s best center each season. Protecting Jonathan Taylor, who rushed for 6,167 yards in three seasons, Biadasz is a workhorse in the run game.

Health may be an issue, but Biadasz makes the competition for the starting center much more interesting. It was expected to be between Joe Looney and Connor McGovern, but the rookie will bring something different. If his shoulder improves, he could be the replacement of Travis Fredricks.

For some reason, the Eagles traded with the Cowboys to draft a need in their offensive line. The pick in itself is more than likely a B/B-. However, since the pick was taken from Philadelphia, it gets a bump up.

This may have been the steal of the draft for the Cowboys. A pass rusher was one of the top needs coming into the draft and Dallas got one late in the fifth round. Over his four years in Salt Lake City, Anae recorded 30 sacks, with 13 coming in 2019. With DeMarcus Lawrence on one side, Anae could be an explosive option on the opposite side.

He has the ability to use his speed to get outside and past offensive tackles are what makes him such a special pass rusher. At one point in the 2019 season, he had at least one sack in five consecutive games. His production got better and better during his time at Utah, making him a consensus first-team All-American in his final season.

Aldon Smith and Randy Gregory still bring up concerns at the defensive end. At the very worst, Anae will just be extra depth behind one or two of those guys. If he gets his opportunity right away, the pass rush problem has the chance to be solved.

With Cooper Rush’s contract up at the end of the season, Ben DiNucci may have the chance to become the new backup quarterback. He comes from FCS powerhouse James Madison where he went 14-2 last season with 3,441 passing yards.

A developmental player for Dallas, DiNucci will have the chance to make the Cowboys’ roster in 2020.

Every single selection the Cowboys made over the three days made sense. Diggs and Robinson have great upside and polish off the depth which was needed at the cornerback position. Anae at the very worst, brings excellent depth at the end of the defensive line, while also filling a desperate need for the team. Gallimore is another player that has potential on the defensive line to become a great player, especially behind Gerald McCoy.

The Cowboys somehow convinced the Eagles to let them move up in the draft to select another position of need. Biadasz will bring new life to the center position. To top it all off, the Cowboys got the best value pick of the entire draft by selecting their sixth overall player in CeeDee Lamb at number 17.

Even the 7th round selection of DiNucci brings potential to Dallas in a backup role, dependent on his development.

Overall, Jerry and Stephen Jones, Mike McCarthy, and the entire Dallas Cowboys staff had one of their best drafts ever. Before ever taking a snap at the NFL level, it looks as if every single player could help this team immediately. When we revisit this class in a couple of years’ time, it could prove to be the pivotal one towards bettering and improving this franchise.