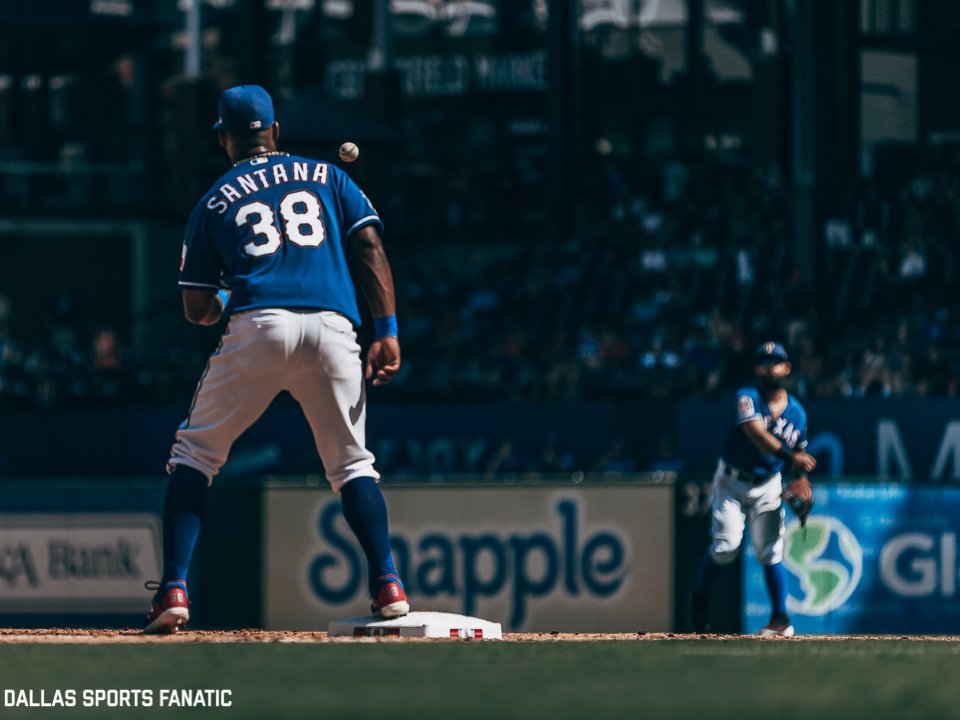 After wrapping up another season of Texas Rangers baseball last week, it’s time to look back on the 2019 campaign. This week, we’ll share our thoughts on various Ranger questions as we digest all that came of the season and how it can impact the team’s future.

What is the biggest question about the team heading into 2020?
Alex: There’s no secret the Rangers missed Adrian Beltre at third base or just in general. But the Rangers don’t have quite an answer at third base. Early this season they tried Asdrubal Cabrera and it worked for a couple of months. Next, the club held tryouts by giving Danny Santana, Logan Forsythe, Isiah Kiner-Falefa, and Nick Solak shots at third. While none of them are awful choices, none of them look like the answer as a premier third baseman. Both third base and catcher will be a position the team aims to improve in the offseason. However, will it be from inside or outside? If it’s internal, Danny Santana could be an option, especially if the roster dictates it, but Woodward even admitted that third base is not the biggest strong suit for Danny Santana. If the Rangers were to make a splash free-agent signing, look for a free-agent third baseman.

Corey: How do Brock Burke and Kolby Allard build on their 2019 big league experience? Mike Minor and Lance Lynn had incredible seasons in 2019, each eclipsing 200 strikeouts and 200 innings pitched. In a perfect world, the Rangers would love to have both Allard and Burke in the rotation when Opening Day comes around so their development this off-season is important towards winning in 2020.

Darien: The biggest is what to do with Nomar Mazara. Is it time to finally give up on the potential star? Could the Rangers find a suitable trade partner and get enough in return? Should the club retain the 24-year-old only to maintain his below-average statistics? I could go on and on about the Big Chill. All I know is we have been very patient, but have seen zero progression and the outfield is crowded with talent.

The right-fielder was once a top prospect around the league and in-fact finished near the top of AL Rookie of the Year voting in 2016. At that point, his ceiling was so high and Rangers fans were extremely excited to see him grow.  Well, here we are three years later without much improvement in his game.

Did young players do enough to make you approach the offseason more conservatively or should fans still root for big spending this winter?
Alex: I think the Rangers need to go out and make a few transactions, but not go crazy. However, I feel like there is a great deal of young talent in this organization. I don’t think a lot of them are ready for the full-time big leagues. I liked what I saw overall from Kolby Allard, Brock Burke, and Joe Palumbo but I’m not sure if they can withstand a full season in the big leagues immediately. Surely in 2021, but I think one more season in the minors will help. With that said, I do believe the new stadium will attract pitchers to pitch, considering the heat will be a non-factor. If the Rangers would make a free-agent splash, look for a third baseman, catchers, and starting pitchers.

Darien: This may or may not answer the question the way people would like, but the answer will be as thorough as possible. I hope the front office approaches the offseason conservatively but also chooses to spend big money. Allow me to break it down for you. This set of young guys has the potential to carry this team for the next decade both with their bats and arms. With that said, there must be a veteran presence in the locker room – the “big dogs” to look up to and learn from. Unfortunately, I don’t see Andrus or Choo as those guys as significant leaders for a clubhouse both on and off the field. The Rangers need to get a ‘big fish’ in the clubhouse that can serve that role. I’m not saying to pursue all of the top free agents and spend all the money, but if you could reel in one or two, that would be ideal.

For those reasons, I personally look at Anthony Rendon and Yasmani Grandal. Both are in positions of great need for the Rangers at third base and catcher. Both guys are veterans and phenomenal leaders of their respective teams. Grandal has an instant connection with manager Chris Woodward due to their winning years together in Los Angeles and Rendon serves as one of the league’s top third basemen. Both Grandal and Rendon are All-Stars and would cost a lot to pull away from their current teams, but their fits on this young roster could make the team an instant contender and eliminate big question marks at their respective positions.

We’ll continue to discuss different areas of the Rangers’ 2019 season this month on Dallas Sports Fanatic.