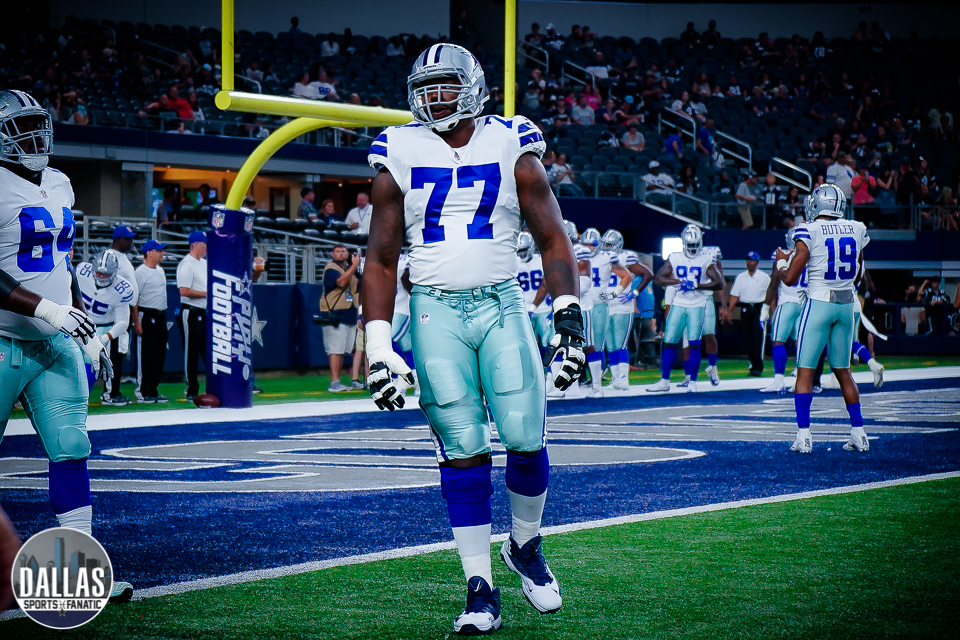 Tyron Smith has anchored one of the strongest offensive lines in the NFL for nearly a decade. Smith has been a premier left tackle in the NFL over the past several seasons starting 105 of 112 possible games. The perennial Pro Bowler has nursed a back injury for quite some time but still contributes at an elite level in his ninth season with the Dallas Cowboys.

Smith was ranked the best tackle in football by USA Today heading into this season. Since switching to left tackle following his rookie campaign in 2011, he’s given up just 18 sacks over the last seven seasons – six in the last three years. At 6’5, 320 pounds, you’ll be hard-pressed to find a more pound-for-pound agile man in football. A running joke around the NFL is if Tyron gets his hands on you the play is over for you.

USA Today reported, “In 981 snaps last season, he allowed just one sack, two quarterback hits and 15 total pressures.” This was a season where the Dallas offensive line allowed 56 sacks over 16 games. And Smith was only responsible for one.

According to Pro Football Focus, Smith’s pass-blocking efficiency graded out at 98.5. He allowed pressure on just 3.1 percent of his snaps. This year, pressure from the left side of the line has been all but nullified, and in their first two games of 2019, Prescott has been sacked only once.

Outlook: Smith signed an eight-year extension with Dallas in 2014, so he will be locked up until the 2023 season. Even then, he’ll only be 32-years-old. Injury is the only factor that could derail Smith from inking another deal to remain in Dallas. Compared to previous years, the ailments that once plagued Smith have been relatively minimal this year. He’s tough as they come, so it’s unlikely he’ll miss any meaningful time. However, one can only wonder how much his body can take over a 16-game schedule.