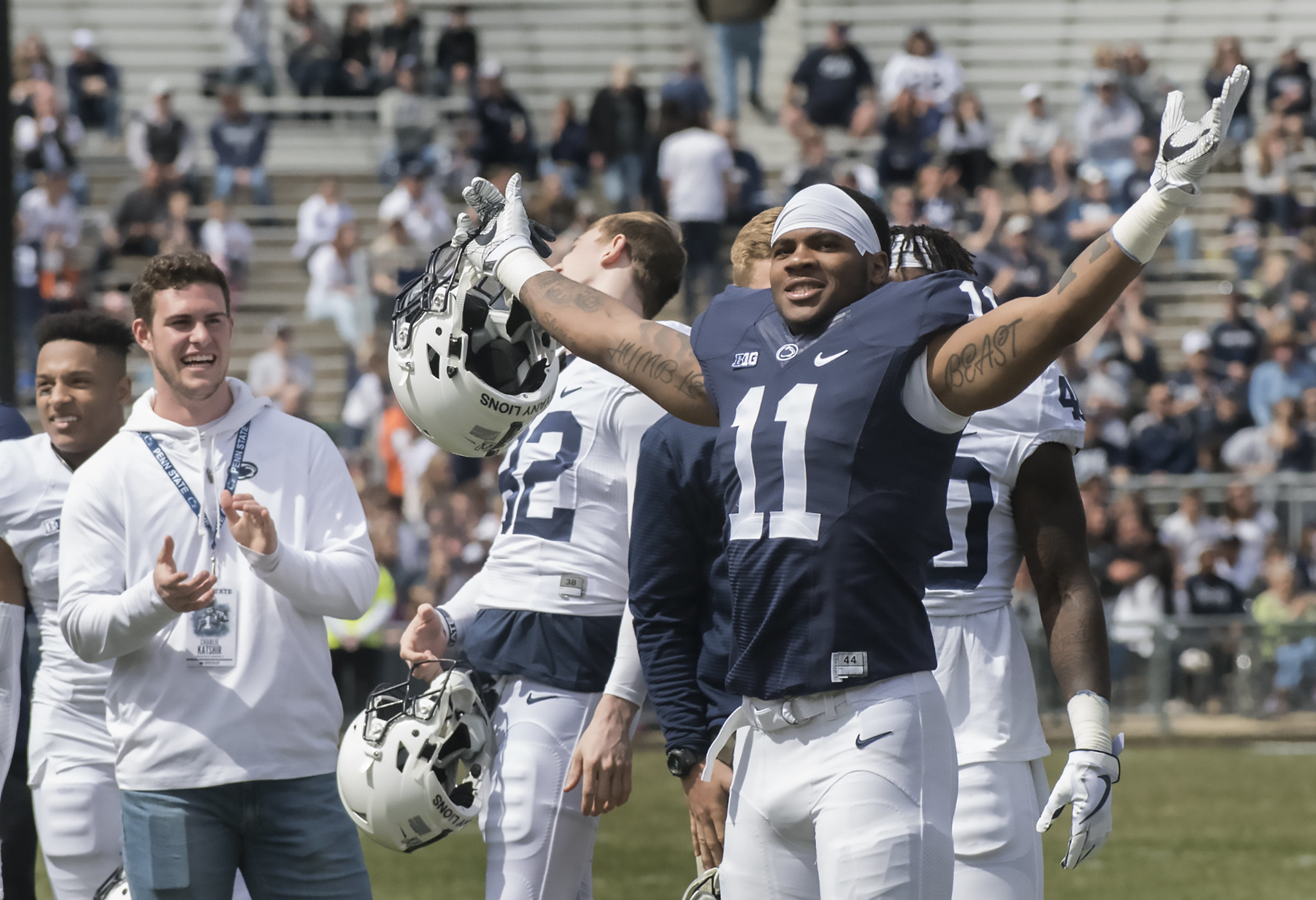 Dallas was long rumored to be targeting either former Alabama cornerback Patrick Surtain II or former South Carolina corner Jaycee Horn. When both of the top corners went eighth and ninth overall Dallas traded back to 12 with the Philadelphia Eagles.

Along with the addition of another third-round pick, Dallas selected Penn State linebacker Micah Parsons 12th overall. For these grades we are using Dane Brugler’s, “The Beast,” draft scout notebook.

“A one-year starter at Penn State, Parsons lined up at weakside linebacker in defensive coordinator Brent Pry’s 4-3 base scheme. As a defensive end in high school, he changed positions when he arrived in State College, which makes his production and film that much more impressive (Franklin: “The scary part about him is he hasn’t even scratched the surface.”). Parsons is an excellent ball hunter because of his vision and agility near the line of scrimmage, also displaying exceptional sideline range. He needs to improve his maturity (on and off the field), spacing and anticipation in coverage, but the athleticism and budding awareness are there. Overall, Parsons is an impressive size/speed/strength athlete with the reaction to movement and combative mentality to develop into a cornerstone defender and three-down linebacker for an NFL team. He projects as one of the best talents in the draft.” – Dane Brugler, The Athletic

Micah Parson’s was the top-rated linebacker heading into this draft and one of the top 15 players in all of the draft. According to Jerry and Stephen Jones, they had Parsons ranked ahead of corners Jaycee Horn and Patrick Surtain.

Much like Jaylon Smith, Parsons is at his best when he’s attacking the line of scrimmage as either a blitzer or run defender. He uses his speed and athleticism to his advantage when running down the ball carrier and that’s a strength the Dallas Cowboys can exploit early on while they continue to develop other areas of his game.

On the surface, though Dallas added an elite talent to a struggling defense, they did it to a position who seemingly is full with Keanu Neal, Jaylon Smith and Leighton Vander Esch all expected to play vital roles in 2021.

However, the team did decline LVE’s fifth-year option and Neal is currently on a one-year contract. With Dan Quinn in the fold, and for as much credit as the secondary got for Seattle’s dominant defense, it’s not to be overlooked how talented the trio of Bobby Wagner, KJ Wright and Bruce Irvin was.

Parsons adds elite athleticism and run stopping ability to the Cowboys linebacker position. Dallas won with this pick. Not only did they get arguably the best defender in the draft, but they stole draft capitol from a division rival.