Skylar Diggins-Smith wants out of Dallas

Skylar Diggins-Smith wants out of Dallas

There has been a lot of uncertainty regarding Skylar Diggins-Smith and her compromised return to the Dallas Wings next season.

That uncertainty has been laid to rest now that Diggins-Smith confirms she has no plans on returning to Dallas for the 2020 WNBA season.

“I don’t plan on playing in Dallas next year,” Diggins-Smith told The Associated Press on Monday. “I’m happy to be playing in this league, and I want to play.”

Diggins-Smith took off the 2019 season after giving birth last spring. It was three months ago when she revealed she suffered from postpartum depression and felt a lack of support from the Wings organization during this time.

Dallas Wings president and CEO Greg Bibb told the AP on Monday that the team has given Diggins-Smith a core designation, meaning that the franchise still controls her rights for this upcoming season. The Wings could sign and trade Diggins-Smith instead of losing her as a free agent.

The situation in Dallas is looking tumultuous.

This would be the second consecutive year that the Wings lose out on a prominent core player.

Last season the Wings felt the loss of their leading scorer, Liz Cambage, when the 6’8 center requested a trade from Dallas. Similarly to Diggins-Smith, Cambage vocalized that she felt undervalued and unappreciated by the Wings organization.

“Every situation is different, including this one and Liz,” said Bibb. “Like Liz landing in a place she felt comfortable going, we hope to exit this process with both sides satisfied. That would include Skylar playing in a city where she wanted to play and us getting a return of equitable assets for her playing rights.” 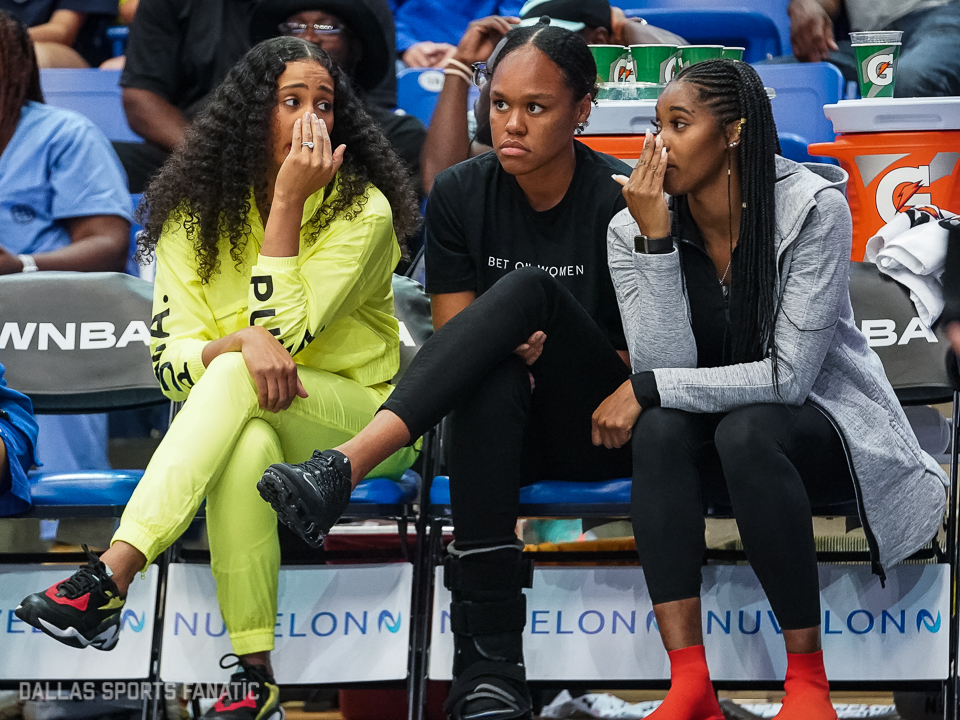 Bibb explains the two parties still have options to weigh. The Wings can negotiate a multiyear agreement with Diggins-Smith, work on a sign and trade to send her to another team or the franchise can execute the one-ear designation and keep her in Dallas. The final option would be to trade her to any team after the 16th day of the upcoming season.

Diggins-Smith has been the face of the Wings franchise since being drafted by the team in 2013 but it is evident and admirable she is now putting the mother before the player.

“Those are the three factors,” Diggins-Smith said Sunday after a Team USA practice session. “Me, myself, and my son.”