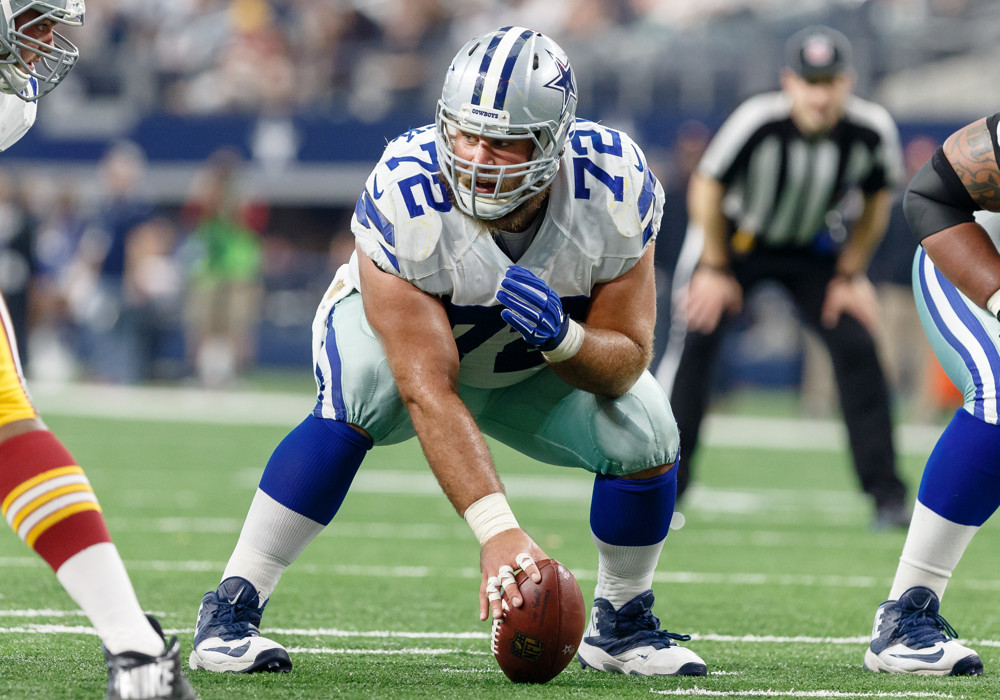 Travis Fredrick was considered the best center in the 2013 NFL Draft by Mel Kiper Jr. of ESPN and was projected as a second to third-round selection. Fortunately, after trading back from the number 19 pick, the Dallas Cowboys “reached” and selected the Wisconsin linemen with the 32nd pick.

This decision caused a stir in the media because it was not only seen as a reach, but the trade was also criticized for bringing poor compensation after moving down 13 positions. However, Frederick was named a starter from the first day of Organized Team Activities in the preseason, replacing Phil Costa, who had been the starter in the previous two years. He became the first rookie in franchise history to start every game at center and was selected to the NFL All-Rookie team.

What many considered a reach has now become one of the most valuable picks in the Jason Garrett era. Dallas began molding a blueprint as the next five drafts would see them walk away with two first-round talents and a second-round pick for their offensive line(Zach Martin, La’El Collins and Connor Williams).

Prior to 2013, the Cowboys had not reached the top-10 in rushing since 2009. Since Fredrick was drafted, the Cowboys have had five seasons in which they were a top-10 rushing team – 3 of which they sat at number two.

Fredrick had contributed consistently at an elite level since he was drafted until he was diagnosed with Guillain-Barré syndrome (GBS), an autoimmune disease that tore through Fredrick’s nervous system, during the 2018 preseason.

The shocking news circulated through the Dallas, and NFL, community as the former All-Pro would be forced to miss the entire 2018 season. After two straight seasons of finishing as the number two ranked rushing team, Dallas dropped to number 10. The Cowboys struggled offensively, especially in the RedZone. So far in 2019, the Cowboys are 5-of-6 inside the 20-yard line through two games. A drastic improvement from their sub-40 percent efficiency in 2018.

Frederick had shoulder surgery and had a sports hernia repaired this offseason. That, more than the GBS, kept him off the field in the Cowboys’ 2019 organized team activities and minicamp.

Heading into week 3, Fredrick has helped elevate this offense to one of the most productive units we’ve seen this decade. And after Dallas allowed 56 sacks last year, Prescott, more than anyone, should’ve been overjoyed to have 72 back in the middle of the line.