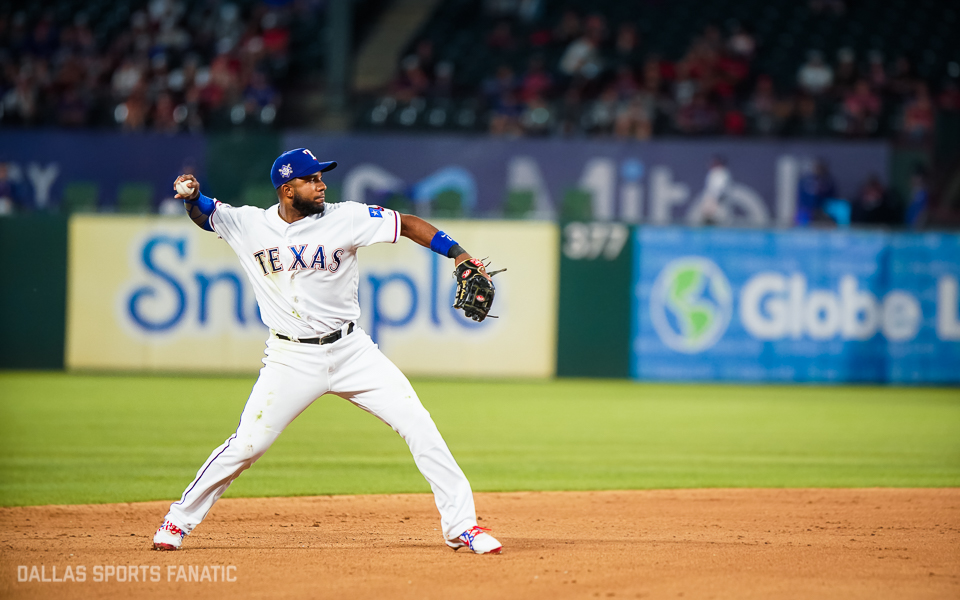 Let’s take a trip down memory lane. In 2007, the Braves and Rangers conducted a deal that dramatically changed the franchise’s future. Texas sent Mark Teixeria and relief pitcher Ron Mahay to Atlanta for Matt Harrison, Jarrod Saltalamacchia, Neftali Feliz, and still current Ranger, Elvis Andrus. Elvis’ first Rangers game came on Opening Day of 2009 at Globe Life Park against the Cleveland Indians. Andrus has accumulated over 1,600 games in his eleven years in the majors and 42 career postseason games all in a Rangers uniform. Currently, Andrus ranks third in franchise history in hits (1,721), second in games played (1,621), third in runs scored (880), and first in stolen bases (300).

In 2009, Elvis finished second in the American League in Rookie of the Year (Andrew Bailey of Oakland won the award), and he’s appeared in two career All-Star games. He’s also challenging the franchise record for most games played in a Rangers uniform. That record is held by “Ranger Man” Michael Young at 1,823 games played. If Andrus rides his contract out and does not opt-out, he’ll surpass Michael Young in 2021 (he’s 200 games behind Young). Elvis is currently the Rangers finalist for the Roberto Clemente Award for 2019. The award recognizes the best player on that team that “exemplifies the game of baseball, sportsmanship, community involvement and the individual’s contribution to his team.”

Elvis Andrus started 2019 with a bang, literally an opening day home run to right-center field. After hitting over .300 in the first half of the season, Elvis’ finish became lackluster. In the second half of the season, Andrus is hitting .237 with OPS of .600, but he is heating up this past week.  Elvis leads the Rangers in stolen bases this season including stealing home three times. He did that twice against the Athletics and once against the Angels. There’s one thing that shocked Chris Woodward when speaking about Elvis Andrus, his preparation day in and day out.

What did Woody not know about Elvis Andrus coming into the season? #Rangers #togetherwe pic.twitter.com/e9xZGzoBId

In talking with Elvis Andrus, he viewed this season as a positive. He said it was challenging, but there’s a lot to look forward to next season. Elvis does have an option to opt-out of his contract last season, and that option continues each season until 2023. However, with a new ballpark, a new coaching staff, and a young core of talent Andrus’ body language suggests that he’ll likely stay a Ranger for 2020. Sure the result doesn’t serve as a feast for the eyes, but Elvis told me that he learned more this year, especially on the analytical side. The trust built towards the end of the season, and next year fans could see a revamped Elvis Andrus, despite the recent criticisms.