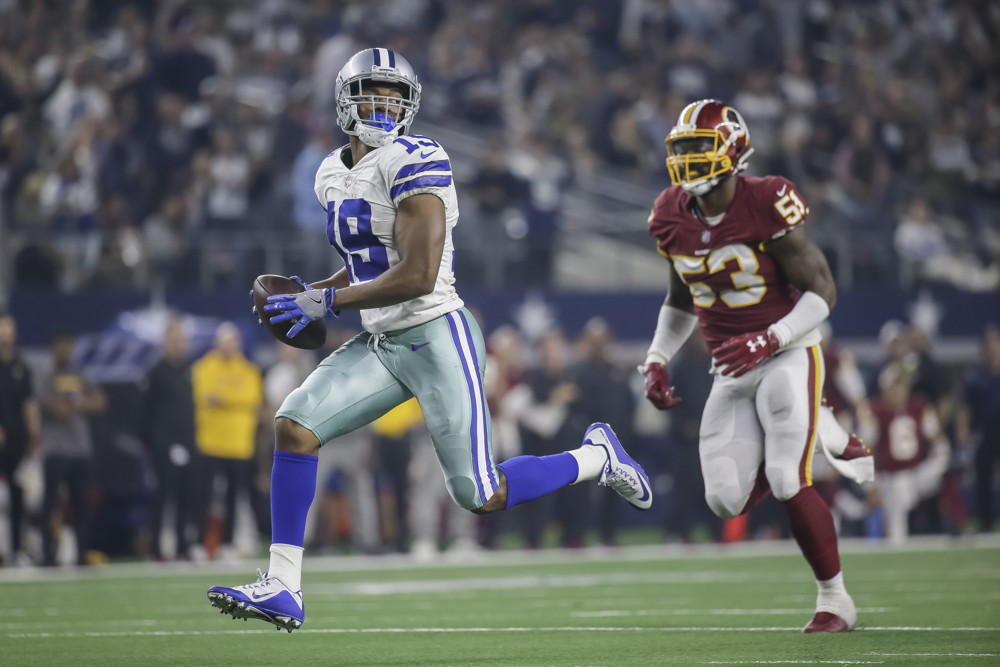 Amari Cooper joined the Dallas Cowboys midway through the 2018 season via trade with the Oakland Raiders. Dallas traded their 2019 1st round draft pick in order to secure Cooper. Although giving up a 1st round pick is huge in the NFL, it was a necessary move in order to get Dak Prescott a true number one receiver. The Cowboys started the season 3-4 before trading for Cooper. After the deal Dallas went 7-2 and made it to the divisional playoff round before bowing out to the Rams, who made it to the Super Bowl.

The three-time Pro Bowl receiver hails from Miami, Florida. He attended college football power house Alabama, where he was a finalist for the Heisman trophy in his junior year. Cooper won the Bilentnikoff Award, presented to the nation’s best receiver, that season while also being named a unanimous All-American. The All-American receiver finished his Alabama football career his junior year with three year totals of 228 receptions for 3,463 yards, 31 touchdowns, and one national championship. He then became the 4th overall pick in the 2015 NFL draft, selected by the Oakland Raiders.

During his first two NFL seasons Cooper averaged 77 receptions for 1111 yards and 6 touchdowns resulting in two Pro Bowl selections. However, drops tended to be an area of weakness for him as he only caught 55% and 63% of his targets. In his third year drops plagued him even more as he finished the season ranked fourth-worst in the NFL with a drop rate of 13% while catching 50% of his targets. He also failed to come close to the production he had in his two seasons prior, finishing with only 48 catches for 680 yards and no Pro Bowl selection in 2017.

After the Cowboys traded for him in 2018, Cooper took advantage of his change of scenery. The receiver situation was so bad in Dallas that he immediately became the number one receiver on the depth chart and on the field with his production. Cooper revived a stalled Dallas offense and helped lead them to the playoffs while earning his third Pro Bowl selection. His strong, precise route running is a perfect combination for Dak Prescott and it showed through his six touchdown receptions in nine games, including a game-winner over the NFC East rival Eagles.

Outlook: Amari Cooper is set to become one of, if not the, highest paid receiver in NFL history. The Dallas Cowboys have been busy locking up DeMarcus Lawrence and Ezekiel Elliot to contract extensions this off-season. While they still have Dak Prescott among other major players to negotiate with, Cooper is a deal that Dallas has repeatedly said they would like to get done. If he remains a Cowboy along with Dak Prescott, he will be the number one receiver on a re-vamped Kellen Moore offense that has scored over 30 points in their first three games of the 2019-2020 season. While his battling of a foot injury through training camp is cause for concern, he should be a productive member of the Dallas Cowboys for the next five or so years if a deal gets done. Through his first three games this year, Cooper has 16 receptions on 21 targets for 238 yards and four touchdowns. If he continues at this pace he will have no problem going for over 1000 yards and 7 touchdowns again while certainly getting his fourth Pro Bowl nod.