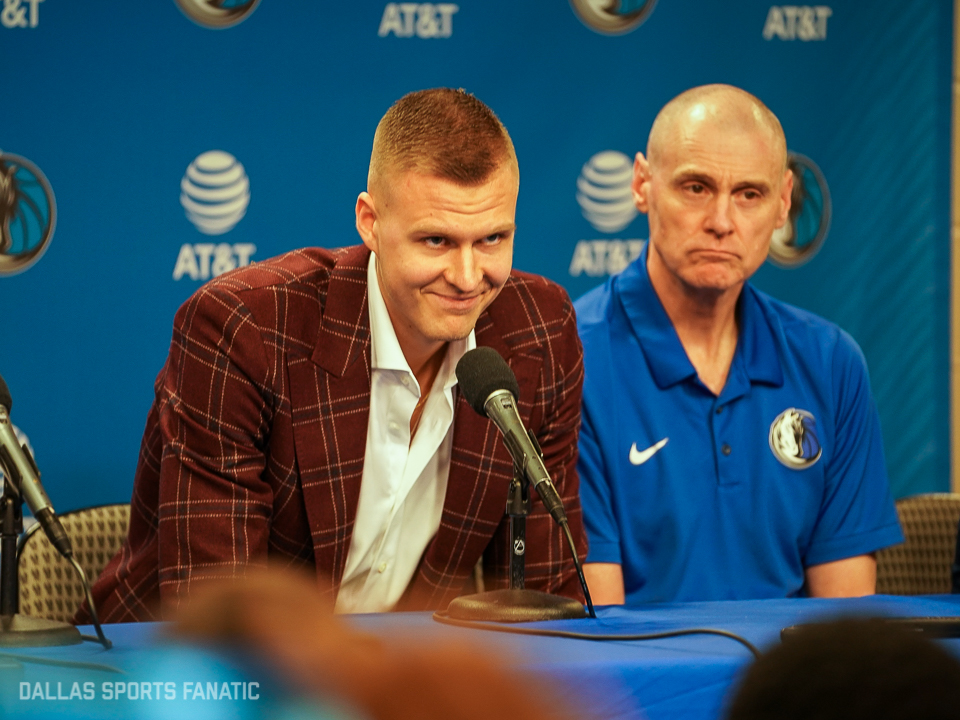 On February 1st 2019, the Dallas Mavericks made a blockbuster trade for a superstar in Kristaps Porzingis.  They hope that this player will not only be a valuable piece but a cornerstone of their franchise for many years to come.  The problem is that it’s a huge gamble on an athlete who hasn’t played a minute in a Mavericks uniform and not in any NBA game since February 2018. Regardless, the excitement and the potential he brings is why Kristaps Porzingis is coming in at 6 in our list of the Top 20 Current DFW Athletes.

Born in Latvia, Kristaps was part of a family that already embraced the game of basketball. His brother also played professionally in Europe and would be a guiding force for the younger Porzingis. Initially playing in his hometown, by 15 he would move to Seville, Spain to play professionally.

By 2014, NBA teams put him on their radar and had him going 12th overall in the draft that season. Instead, he waited a year to declare for the draft and is taking 4th overall by the New York Knicks in 2015.  Knicks fans initially booed the pick, but were soon embracing the young star.

He not only was getting praise by fans but fellow players as well.  Kevin Durant nicknamed him the “Unicorn” because his rare mix of height, mobility and excellent shooting. Standing at 7’3, it is rare for someone that tall to shoot and move the way he does.

That combo makes him a lethal offensive threat on any given night and makes him one of the biggest matchup nightmares for any defender in the NBA.

After an adjustment period, Kristaps would start to get into a rhythm and contribute during his rookie year.  He would end up averaging 14.3 points, 7.3 rebounds, 1.3 assists and 1.9 blocks per game that season. Other accolades include getting a spot on the NBA First-Team Rookie team and also finishing as runner-up for the Rookie of the Year award, losing to Karl-Anthony Towns.

Success continued for the young Latvian as he improved his overall game and adapted to the NBA over the next two seasons.  By his third season, he was averaging 22.7 points, 6.6 rebounds and 2.4 blocks per game.  He was soon selected to play in his first All-Star game.

Unfortunately, Porzingis tore his ACL that February and missed the remainder of the season. His rehab was scheduled to last over a year, but during that time his relationship with the Knicks soured.

By 2019, the Knicks decided to trade Porzingis to the Dallas Mavericks after it seemed both sides couldn’t work out their problems. The Mavs would immediately shut him down for the season, opting to wait for next year to play him.  Though the trade was questioned, the Dallas locked up Kristaps to a five-year deal worth $158 million the moment free agency opened this summer.

There are still questions about his health and whether someone at his height and weight will continue to get hurt.  The Mavs have said that his training with the team has given them confidence he will return to being a dominant superstar again.  He also gained 16-17 pounds of muscle over the off-season to help him get through a long season.

The one thing you can control in life is your effort @mcuban pic.twitter.com/mFNOK8hbBv

As speculation justifiably runs about his health, there is no denying that, when healthy, he is a special player.  The level of talent that Porzingis brings is high enough that it has excited a fan base for a player that has yet to play a single minute in a Mavs uniform. Let’s see if he can continue where he left off over 19 months ago.